Here is a selection of some of the great drama, audiobooks and stories available on FromeFM. 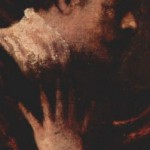 The Rape of Lucrece - by William Shakespeare. A co-production between Frome Drama Club and FromeFM, directed by Cheryl St George and produced by Nick St George. Sextus Tarquinius, the Roman prince, is determined to take Lucrece, his friend’s wife, either with or without her consent. The faithful Lucrece must use everything in her power to try and dissuade him, […]

Storytellers and Poets - Produced by Mike Witt. The wealth of local writing talent is showcased in this series of shows, putting the most inventive storytellers and stirring poets of the local area on air. 1. Storytellers and Poets features work from Frome writers including Rosie Finnegan, Sue Watts, Crysse Morrison, Rose Flint, Jeanette Brooks and many others. 2. […]

Waterloo Sunset - A musical by Martin Dimery. Four old friends meet up again 20 years after leaving University. Life has moved on for all of them – but there’s still some unfinished business. This play is punctuated with live performances of songs by Ray Davies and The Kinks sung by the cast. 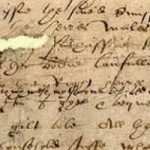