Starting Saturday 30th April 2016 at noon, Frome College students staged a ‘24hour takeover’ of FromeFM. This was the first time a group of school-aged children had broadcast live for 24 hours continuously from a community radio station in the UK. The event attracted national, as well as local, media coverage. They did this to raise funds for training and equipment for the Frome College Radio Club, who went on to record a fortnightly show for FromeFM. The show, ‘Frome College Matters’, enabled students of all abilities to meet, work with, and get to know people within their community; and allowed them to have a say in services that affect them. 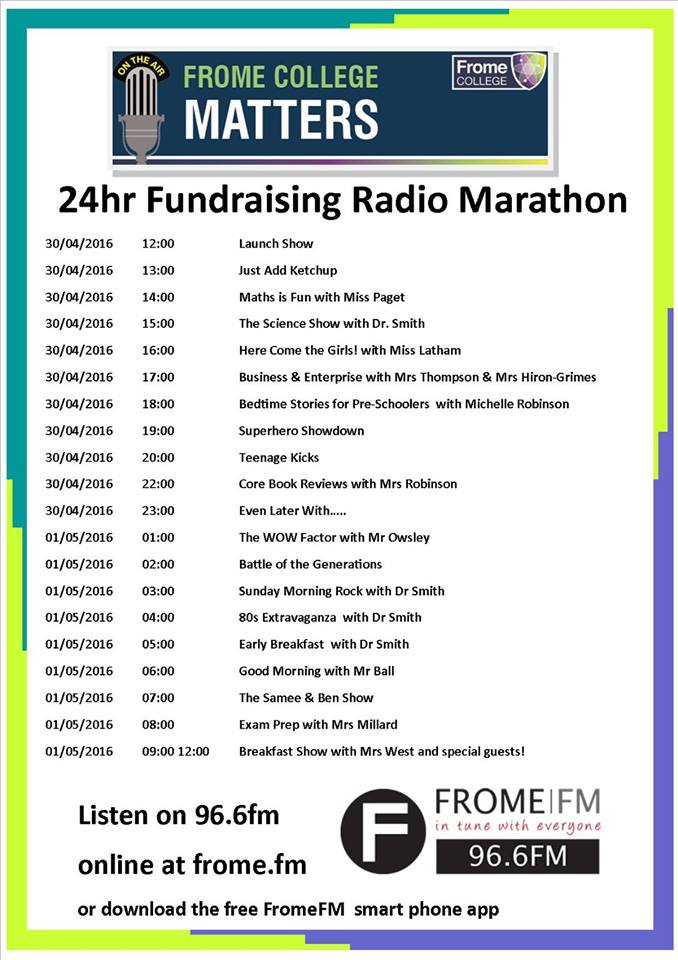 Listen to the shows here. 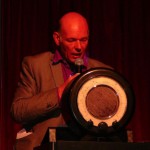 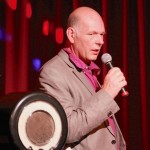