Produced and presented by Alex Hawkins.

‘This is Glastonbury’, a Frome FM special joining Alex Hawkins in a series of programmes delving into the creative work behind the scenes that make Glastonbury Festival such a unique place to be. Capturing the soundscapes, moments, feelings and personal perspectives from one of the largest festivals in the world.

We hear from the creators of the Kidz Field before the festival opens to the public, alongside interviews with poet Toria Garbutt, musicians Kathryn Williams, Michele Stodart, Marika Hackman, Blaenavon, music producer Russ Russell and organisations such as Deaf Zone whose volunteer interpreters increase access for all to festival life.

Live sets performed by local or visiting musicians. These were usually live in the FromeFM studio but sometimes also at venues across the town.

The Village Pump Folk Festival is a folk music festival that takes place about 9 miles from Frome. It has its roots over 40 years ago in a barn at the Lamb Inn, Trowbridge, it then moved to Stowford Manor Farm, Farleigh Hungerford before settling in its new home at White Horse Country Park, Westbury. The music covers a variety of genres from folk and roots to blues, celtic and Ceilidh with a variety of other entertainment including a family field, with puppetry and story telling.

In 2012 The Village Pump Folk Festival was reborn at a new site, but with old friends at the helm. On this FromeFM Special, Pierre, Alex, Sara and Pete talk to artists, festival go-ers and stall holders and get a feel for the new 2012 Festival.

The festival returned in 2013 and presenters Alex, Pierre, Tim and John went behind the scenes to speak to the Proclaimers, Jess Vincent, Nic Jones, John Alderslade and more.

In 2014 a series of three highlight programmes were produced for each day of the festival. Programmes were edited overnight and broadcast the following day.

The King of Twang, Duane Eddy, came to Frome to play a gig at the Cheese and Grain on May 24th 2012. Lifelong fan and established musician Pete Gage takes us through Duane Eddy’s music in 2 feature programmes.

The King of Twang Part 1 – Pete plays some of Duane’s earlier tracks. He also gives Duane a call on the phone to find out a bit more about how it all started and how that ‘twang’ was born.

The King of Twang Part 2 – The second programme charts Duane Eddy’s more recent material and includes a second interview from backstage at the Cheese & Grain, recorded on May 24th 2012.

Fragments is an audio exhibition of songs by composer, singer, guitarist Peter Hammill. Peter’s career in music has stretched over 40 years, initially with Van Der Graaf Generator and also as a solo artist. In this conversation, Peter talks about the art and craft of composition, his views on life and death and about working with other musicians. The conversation illustrates and is illustrated by fragments of music from Peter’s catalogue of work.

Tracks include – Skin, My Room, Sitting Targets, Faculty X, My Experience, The Ice Hotel, Patient, Comfortable, Four Pails, Eat My Words – Bite My Tongue, Too Many of My Yesterdays, This Side Of the Looking Glass, Five Years Ago, I’ve Had Enough Of You. 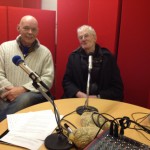 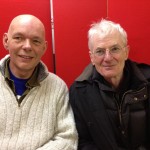