Back in 1965, filmmaker Gerry Anderson launched one of the most loved TV shows of all time – Thunderbirds. Thunderbirds was a gripping action series made for a younger audience with the starring roles cast to puppets and marionettes. The TV show, set in the 21st Century, followed the adventures of International Rescue, a secret organisation dedicated to saving lives in emergencies when all else had failed. Since the sixties Thunderbirds has repeatedly returned to our screens in various formats – but, it has never been revisited as a puppet series – in what Gerry Anderson called Supermarionation.

That is until now. 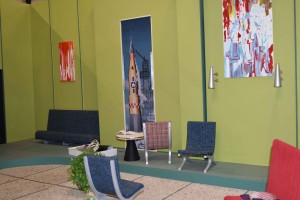 By August, 3,300 people had backed the project pledging over £218,000 –  enabling the production team to take on not one new episode, but three. 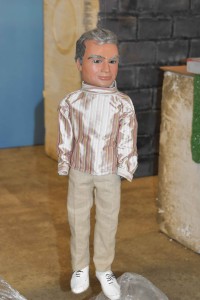 In December the filming concluded and on January 4th 2016, all of the new episodes were screened at the ICA in London – the first new Thunderbirds episodes made in Supermarionation in 50 years.

In this programme Phil Moakes and Maggie Gregory go behind the scenes and meet the crew, producers and fans to find out how Thunderbirds 1965 came about and how it was made. The show also includes exclusive pre-release clips from the new episodes
Our thanks to producers – Stephen La Rivierre, Andrew T Smith and Justin T Lee, to sound editor Mark Ayres and Pyrotechnician Malcolm Smith for their contributions and help