Listen in amazement as the addled brains of Frome’s biggest hitmakers try to make sense of their record collections! Thrill as they search for something vaguely contemporary! Gasp as another obscure slice of rock n roll, pop, soul, punk, surf or country assails your senses!

Then go to bed – you’re up far too late!

Visit http://www.baddetectives.co.uk/ for playlists and loads more stuff about the band. 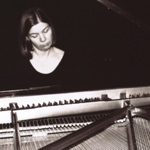 Helen presents the show ‘Take me to the River’ which features music from all styles and periods, linked by the theme of the river and its water, flowing from source to sea.
As a composer, Helen has worked with John Cage and appeared in Peter Greenaway’s film about him for Channel 4. As pianist and keyboard player she was a founder member of the new music group Regular Music with whom she has toured and recorded extensively in the UK and abroad.

Helen’s many commissions include BBC2 (title and incidental music for the documentary ‘The River’, 1999); Bath Film Festival (Rain / String Quartet No. 2 to accompany the silent film ‘Regen’, 2003) and Frome Festival (harpsichord works for 2005 and 2006). In March 2007 she led a major educational project in Frome (It’s a String Thing!) working with 150 local young string players.  Helen was also commissioned to write a piece for ‘Home in Frome’ at the 2010 Frome festival.

Sport Pie is usually a monthly round up of what’s happening on the local sports front – news, reports, scores, stories …but this months special replays previous interviews with local sports personalities.

From February 2011, we will have a monthly slot where we invite a couple of people to sit in and give their verdicts on the latest sporting talking points in our SPORTS COURT – so if anyone would like to be part of this, please get in touch. You just need to be able to sit there and give your opinions about issues both local and worldwide!

Join the Facebook group to keep up with the latest news from the show or visit the Sport Pie blogsite at http://sportpie.wordpress.com/
All sports and clubs are welcome to get in touch and we will be happy to let Frome know all about you!

FromeFM rock show ‘Come On Let’s Rock’ moves to a new time, with an extra presenter and a longer slot. On Sat 15th Jan, Come On Let’s Rock regular Mark Besley will be joined by Rob Way for a 90 minute show, featuring the best that rock has to offer. The new show starts at 10.30pm and rocks through till midnight.

For more information about the show and to get in touch with Mark and Rob visit http://www.comeonletsrock.co.uk/

‘Blues Train is a new monthly round up of the best music we can find! From the old greats such as Muddy Waters, John Lee Hooker and Robert Johnson, through to the likes of Steve Ray Vaughan, Buddy Guy and George Thorogood, to more recent heroes including Joanne Shaw Taylor, Kenny Wayne Shepherd and Oli Brown. We will also bring you as much new talent as we can and aim to feature the best of the local talent as well.

Join our Facebook Group ‘Blues Train – FromeFM’ and visit the blog http://thebluestrain.wordpress.com/ . We will welcome any bands/artists sending us their music via the main station address on the homepage and will plug any gigs and events you send.

Look out for special studio guests at some point too and some live performances! First show goes out at 8-9pm on Saturday 29th January and on download shortly after and every four weeks from then.’ 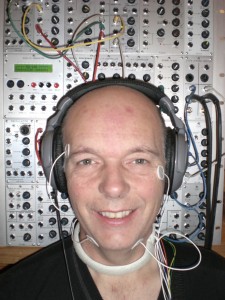 FromeFM is run by robots at night. They’ll logically pick out stuff from the library and give it a spin. Expect music, features, drama. Live long and prosper.

Are you a musician, or in a band, that is local to the West Country?

See how to introduce your own music on FromeFM